Veterans Day: Remembering Those Who Served 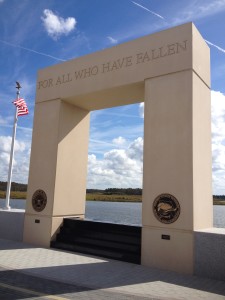 As our nation recognizes Veterans Day, Massey Services expresses its appreciation to those who have served and sacrificed for our country.

According to the Department of Veterans Affairs, Veterans Day originated from the armistice that went into effect on the eleventh hour of the eleventh day of the eleventh month of 1918 – November 11, 1918 – putting an end to the fighting during World War I. In November 1919, President Wilson proclaimed November 11 as the first commemoration of Armistice Day, a day to reflect “with solemn pride in the heroism of those who died in the country’s service and with gratitude for the victory…”

After World War II, the 83rd Congress amended an earlier act that made the day a legal holiday, striking the word “Armistice” and inserting the word “Veterans.” With approval of this legislation, November 11th became a day to honor American veterans of all wars. Congress passed a resolution in 1926, calling upon officials to display the flag of the United States on all Government buildings on November 11 and inviting people to observe Armistice Day with ”appropriate ceremonies of friendly relations with all other peoples.”

For a short time in the early seventies, the Uniform Holiday Bill established that Veterans Day was to be observed on a Monday to provide a three-day weekend for Federal employees, but many states continued to celebrate the day on its original date. In 1975, President Gerald R. Ford signed a public law, which returned the observance of Veterans Day to its original date of November 11, beginning in 1978. At a press conference announcing the founding gift, Chairman and CEO Harvey L. Massey said, “We are fortunate to live in the greatest nation the world has ever known and the Central Florida Veterans Memorial Park allows us to remember those who have fallen while fighting for our freedom, liberty and the opportunities that are afforded to us each day.”

On behalf of Massey Services, we salute the men and women who have served or are serving our country.

Newer: What are those brown circles in my lawn?