The black widow spider is found in every state except Alaska and is considered to be one of the most recognizable pests in the world. 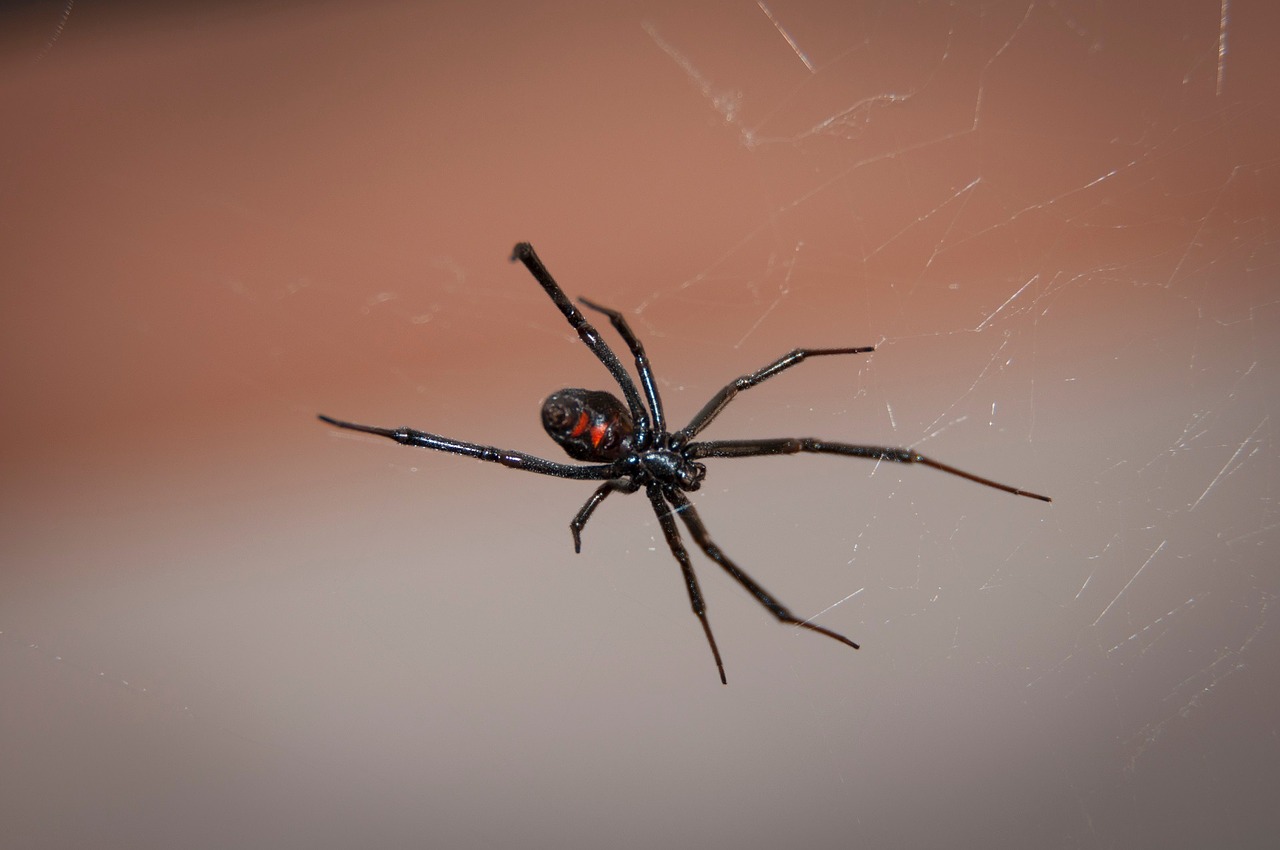 This spider gets its name from the popular belief that the female eats the male after mating, although this rarely happens in nature. While there are many other shiny black spiders, it’s the red hourglass marking that identifies the female black widow spider. The male spider and the young spiderlings are marked with red, orange and white and are small, inconspicuous and harmless. It’s the mature female whose bite can cause severe illness.

Did You Know…Black Widow Spiders Where Do Black Widow Spiders Live?

Black widows avoid light and are usually found in dry, undisturbed places outdoors such as woodpiles, under stacked stones, boards or building materials, in boxes or crates and in trash piles. Favorite places are in man-made outdoor structures such as outhouses, sheds, barns and under porches, decks or eaves. Indoors they can be found in crawlspaces and in undisturbed corners of basements or garages. The female black widow spins an irregularly shaped web with a small central tunnel. She stays in or near her web, usually hanging belly up with her hourglass marking showing.

What Threat Does A Black Widow Spider Pose?

Like other spiders, the black widow is not aggressive unless disturbed. But that’s the problem. Because she is so reclusive, hidden away in dark corners and under objects, it’s easy to accidentally “disturb” her. The biggest threat posed by black widow spiders is their bite. Males are not of concern as they lack potent venom and rarely bite, but females are known to be especially aggressive after laying, and when guarding, eggs. Pain is usually immediate, but black widow bites are not always felt. Symptoms of a black widow bite include fever, increased blood pressure, sweating and nausea.

What Can You Do To Prevent Black Widow Spiders?

If you are bitten by a black widow spider, seek medical attention immediately. It’s always a good idea to complete a pest inspection around your home and garage regularly to ensure widow spiders have not set up home near yours.

Newer: Beneficial Bugs for our Gardens

Older: Is Zoysia Grass Right for My Lawn?